Known for its hard-hitting stories that capture the pulse of the city, Mumbai Mirror recently released a five-episode video series, in collaboration with creative agency Wunderman Thompson called ‘Mumbai Mirrored’, encapsulating the mesmerizing journey of the commercial capital of India from seven islands to Bombay and the subsequent transition of the ‘City of Dreams’ from Bombay to Mumbai.

Talking about the initiative, Sanjeev Bhargava, Director – Brand TOI says, “Traditionally Mumbai Mirror has been the paper for the passionate Mumbai citizen, mirroring the city’s nuances, heartaches, hopes and potential. The idea behind this initiative was to help connect our young readers, especially those in the 22-29 age group who make up our largest cohort, with the Bombay of the past, which they would not have seen, and tell them more about what makes ‘Maximum City’ what it is today.”

He continues, “The video series is the stimulus for them to get interested in these aspects of the city, and then of course we would like to populate the newspaper with answers to the curiosity that will pop up after seeing the videos. So through this initiative, we are creating a great interest in the publication, more reasons to pick up the paper, and fostering a stronger relationship between the reader and the publication.”

As part of the promotional drive, the launch day edition of Mumbai Mirror last Wednesday also saw seven innovative jackets featuring mirror images of seven iconic Mumbai structures, including the Gateway of India and the BandraWorli sealink, while the Mumbai Mirror masthead was also laterally inverted for that day’s edition.

While the five videos have been hosted on a specially created microsite for the initiative www.mumbaimirrored. com, the digital amplification of ‘Mumbai Mirrored’ will also be followed up with additional information about the initiative in the Mumbai Mirror print publication, supplemented with interactive contests and trivia on its social media channels. An Outdoor campaign may also follow, as per Bhargava.

On the conceptualisation and execution of ‘Mumbai Mirrored’, Senthil Kumar, Chief Creative Officer, Wunderman Thompson and director of the video series says, “The idea was to curate our beloved city of dreams by holding Mumbai’s Mirror to it, which is also where the initiative borrows its name from. The content digs deep into the memory bank of five different Bombaywallahs who are now Mumbaikars, capturing their parallel journeys along with the changing city, as we believe that people are the mirror images of the city itself. This initiative was a joint collaboration between the brand team, editorial team led by Mumbai Mirror Editor Meenal Baghel and the creative team, and it took us six months to put the video series together. All the five stories have parallel and perpendicular perspectives, interconnected as they are with each other.”

To complement their walk down memory lane, the editorial team of Mumbai Mirror and the creative team of Wunderman Thompson sifted through hundreds of old photos of Bombay from the BCCL archives which have been used in the videos to support the narratives. They also decided to stick to black and white for the videos as well as the print images for this initiative to reflect the city’s journey in time, as well as in keeping with the brand’s colours of black, white and red. However, the videos have been intentionally limited to 6-minute duration to create curiosity among Mumbai Mirror readers, leading them back to the paper to find out more about the narratives, and thus creating a seamless thread between the video series and the print publication.

So what are the expectations from this initiative? “I am very confident that ‘Mumbai Mirrored’ will create great traction with our readers. It will help build stickiness for the brand. While Mumbai Mirror is already an integral part of the city, we wanted to give our readers a new perspective into the city they love and we hope such initiatives will help readers continue to find value in the publication,” concludes Bhargava.
Advertisment 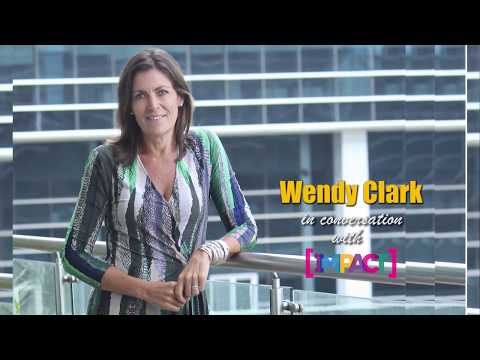 Wendy Clark talks about the vision for the agency, India focus and the mandate for Aditya Kanthy