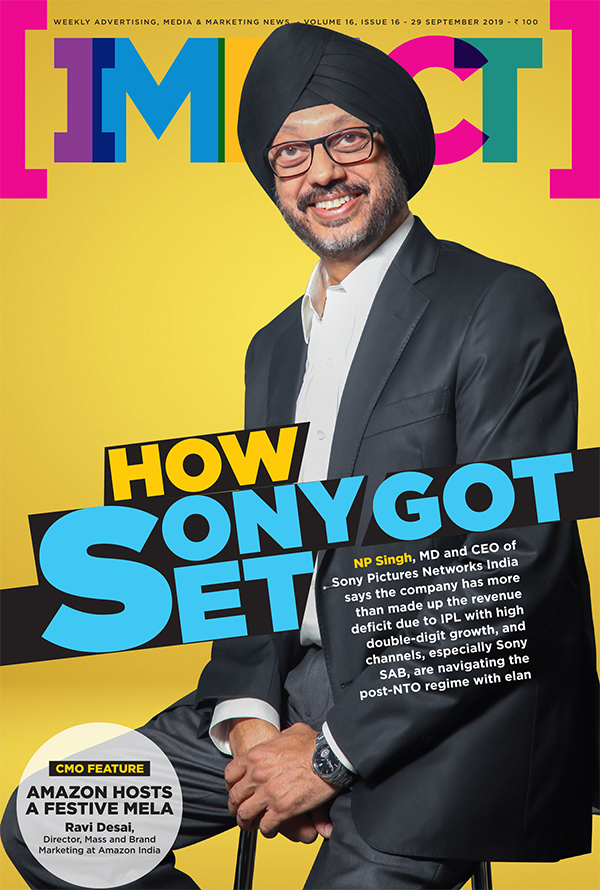 Basant Dhawan, CEO, English & Business News, Network18 writes about why Lok Sabha elections is at present one of the most talked about and watched events on Television

We have just been through that time of the year when advertisers are pretty relaxed about where to place their bets – the Indian Premier League, popularly called IPL. It has been the advertiser’s favourite event of the year since the inception of the league and is a no-brainer when it comes to churning out numbers. Everybody loves watching a good game of sport. And that brings greater eyeballs each year to this festival of cricket. However, 2019 IPL cannot boast of a similar appeal as a bigger game of democracy is on in the country. The ongoing polling for the Lok Sabha elections is at present one of the most talked about and watched events on Television. And it will only reach the top as the counting day nears.

If cricket is religion in India, the General Election is India’s own World Cup tournament. Both cricket and elections cut across geographies, caste, class, language, age and gender. But, with the General Elections coming once in five years, news channels are a very attractive bet for advertisers.

Let us analyse the dichotomy through some numbers from our news network. In the 2019 season of IPL, the matches were simulcast across 24 Star Network channels and had an average tune-in of 83 million audiences per match. This is as per the BARC data amongst 15+ audiences in all India. Now let us look at the last State Election – for five States, the counting day on December 11, 2018 had 101 million audiences tuned in to News18 Network (20 channels) to watch the new State governments being formed. The latter is 22% higher than the average tune-in for an IPL match, keeping the target audience same (BARC data amongst 15+ audiences in all India). Going by past statistics, the reach/tune-ins for the election counting day, i.e., May 23, 2019 is expected to be far higher as it would cover the entire nation of 29 States + seven Union Territories compared to just five States in December, 2018. This highlights the appetite of news watchers for an exceptional event like elections.

Let us also look at the cost benefit analysis for the advertiser. News networks deliver far higher efficiency due to higher reach but lower rate/10 seconds cost as compared to IPL with the CPT (reach) being around 80% lower than on IPL match day. Thus, they deliver more audiences at a much lower cost. For example, the rate for a 10-second spot during IPL is Rs 10 lakh across Star Network versus Rs 2.5 lakh for a 10-second spot on counting day on News18 Network. Given this, news presents a much better and bigger opportunity for advertisers to create an impact by reaching a larger number of viewers at a lesser cost than sports or entertainment.

It is widely known and numbers have shown in the past that cricket and Bollywood are an average Indian’s two beloved entertainers. Multiple cricket tournaments in a year coupled with blockbuster releases on Television to cash in on long weekends have fared well and will continue to do so. However, there is a more than normal interest generated in news over the last few months as we warm up to the formation of a new government. As per BARC data, news viewership has grown 15% between January and April of 2019 and it only reflects a trend that politics has taken center-stage in Indian homes. One can argue that elections will be short-lived, but as pointed out earlier, it is an event of extreme high impact. It has the power and propensity to pull audiences from other genres. Also it offers respite from advertising clutter present during cricket matches due to the short attention span for an ad after every over, which can be wasteful. With the young population increasingly getting hooked to narratives of political and social interest, due to burgeoning content on social media, we expect greater tune-ins from millennials too during election coverage. Hence, I strongly vouch for news to win over sports or entertainment during this season.
Advertisment