Q] Tell us about your activity on Digital and the various digital campaigns introduced by Tata Motors...
Our target audience is glued to apps and consumes entertainment because of a lot of spare time they have during their journeys. To us, Digital is just another platform. One of the first digital marketing campaigns we did was for Tata Ace, which is the ‘Chota Haathi’. We came up with the XL range two years back, which meant you could load more. In the digital space, people are used to buffering. We used the loading mnemonic with the Ace branding, which meant ‘keep loading’. This was not intrusive, but built into the websites that we picked, including the YouTube ads. The viewer didn’t mind it because he thought it was actually buffering. That actually worked for us in terms of attention, awareness and most importantly, getting the message across. We won a lot of awards for it. That was the use of Digital in essence rather than adaptation. Our second campaign was for the Tata Ace vehicles. We cracked a mathematical equation that two million sold in so many years, meant that an Ace was sold every three minutes. That’s an interesting fact, especially when it comes to a commercial vehicle, since it is a black box for many people. We wanted to leverage time and equate that with every three minutes.

Q] What was the insight behind the ‘Photo OK’ campaign? Tell us about the challenges you faced while executing it and the kind of spends that went into the campaign...
Putting the message across to the trucker that his profession is actually envied by others was the genesis of the ‘Photo OK’ and is one of the best examples of digital marketing. Most drivers did not know their mother tongue and we learnt that many people were not responding to our messages because they would have a Hindi typeface. We had to understand how to make it simpler for them using either pictorial GIFs, or audio messages and incentivise them immediately. A lot of detailing and logistics went into it and made it a big success. The media costs were almost zero, as we used WhatsApp. I had to take key dealerships and be able to promote it for the drivers, which was a separate cost. We had to spend on offline, which was at key dealerships where drivers came in on a regular basis. We also advertised on television for other brands and had partnerships with channels, where the host of a certain programme would talk about our campaign. That basically came to me free of cost.

Q] Any other campaigns in the pipeline that you can tell us about?
The driver community is the target for our campaigns and initiatives. We are looking at Photo OK Season 2, which is an ongoing exercise, on a bigger and grander scale. The initiative of the construct will be the same, like any sequel. We will also do a lot of initiatives to uplift the truck driver community. There are a series of initiatives, truck racing being one of them. We will also be doing a huge digital exercise for our affiliation with the Wrestling Federation of India (WFI), for which Tata Motors is the principal sponsor.

Q] Tell us more about your affiliation with the Wrestling Federation of India…
Cricket as a sport is expensive, as everybody is hitched to that bandwagon. The media efficiencies of attaching our brand to another sport become much more lucrative when I look at other sports. I call my audience ‘middle India’. Kabaddi and wrestling are home-grown and also a right fit for my product attributes, being about strength and physical fitness. These are the two sports that we have been nurturing. We have gone into the ‘training and support arm’ of the wrestlers. We provide to the federation a financial package which is dedicated towards getting better coaches from abroad, for the upcoming Olympics next year, and for the Asian Games. Ultimately if they do well, more eyeballs will associate these athletes with our brand as they become brand ambassadors for us in their own way. However, the work hasn’t started yet.

Q] Which media platforms are you looking at investing in the most, going forward?
Even for a CV category, Digital is going to be more promising because of distribution and access. No one medium can replace another, but digital will definitely take a larger percentage, going forward. We do a lot of programmatic media management which we keep enhancing each time. As you keep doing more and more campaigns, your media plan keeps getting more fine-tuned.

Q] You’ve conducted various experiential marketing activities like Tipper Mahotsavs, Truck Melas, SCV Expos, Fully Built Vehicles Expo etc. How have these helped strengthen the overall TML CV brand journey?
Like any property exhibition where you get all the offerings under one roof, this becomes a convenient platform for a customer interested to actually come and see what we have, and then make his decision, as our distribution network is across the city. Last year, we did an e-commerce expo, where logistics were based on trucks. We need to be a big player in the e-commerce segment, going forward. We started this vertical for e-commerce expo where we custom built trucks, since it has its own needs. It is not only about product display, but also about the product solution, the driver’s comfort and the tech that we build into it.

Q] Tell us something about ‘Let’s go trucking’…
This is for existing and aspiring truckers to feel proud about what they are doing. This is a home-grown corporate initiative which is the largest truck racing event in the world, created and executed by us in India. It’s like an IPL in a truck-racing format. We have international racers come in and have done it for four years. In the first two years, we had international truck racers due to lack of truck racing talent in the country. Truck racing is a very established sport internationally, but didn’t exist in India. From the third year onwards, we trained our local truck racers through a one month training activity in Chennai, called the TRP – Truck Racer’s Programme. We have a race for the International and Indian drivers. At some point they would compete with each other, but we’ve taken a break due to business reasons.

Q] How has the marketing strategy evolved over the last five years - what has changed?
One is Digital and the increasing media choices. Second is the increasing expectation of a customer from a brand vis-à-vis his experiences with other categories. Third is the product differentiation which is increasingly becoming a blur. Over a period of time, with foreign entrants and advantages of your product, competition will catch up. Overall the brand is increasingly getting diminished.

Q] What are some of the biggest challenges that you have faced?
One of the biggest impediments is the inability to nurture a prospect from the minute the customer comes in, to the end conversion. A digital person would expect a timely response. There are a lot of spam messages and security requirements even for the use of WhatsApp. The response to SMS is less than 1% today, but we still have healthy conversions. The entire process post the form-filling is a big challenge. A lot of work needs to be done, because even chatbots would not be enough.

Language is another challenge as I would need at least eight languages in India. We are running short of drivers and have a shortage of about 2-3 drivers per 10 trucks. In Tamil Nadu, there are 100 trucks for 100 drivers, but 25% of the trucks are idle, which is a larger business challenge.
Advertisment 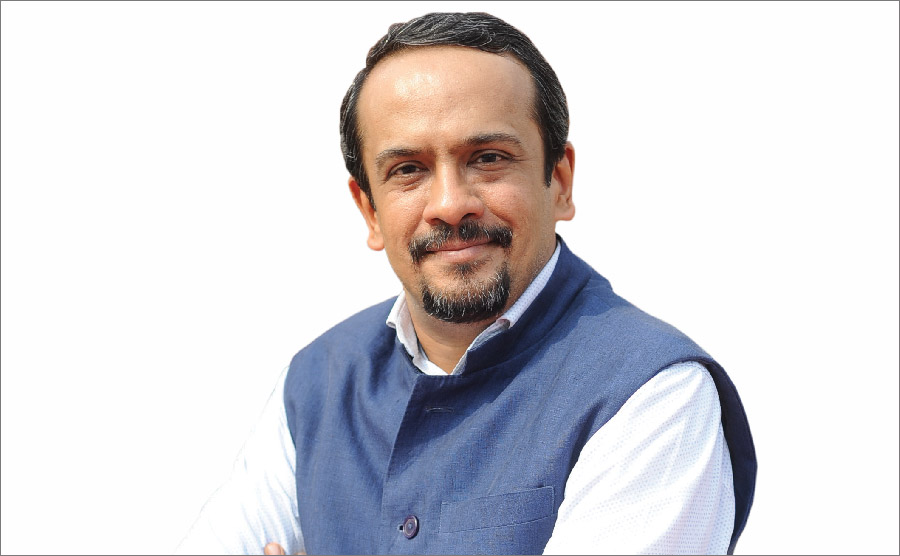